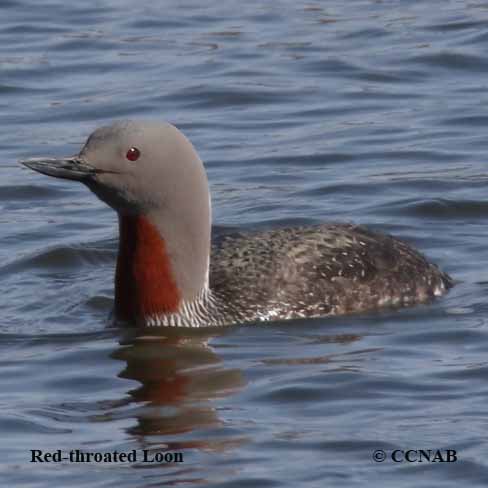 The Red-throated Loon is the smallest member of the loon family found in North America. This loon species is known to nest on fresh water lakes that are located close to salt waters. In so doing, the loons will capture their prey in the salt water and bring it back to their young.