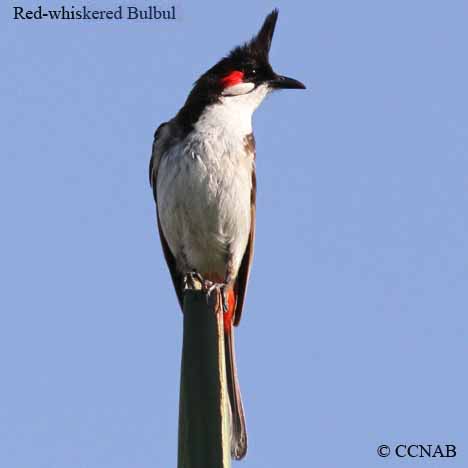 Life, Habitat and Pictures of the Red-whiskered Bulbul

The Red-whiskererd Bulbul is a native bird species of India, Thailand and the southeastern Asian countries. A small population of these birds exist in the southern areas of Miami, Florida. They can be seen perched on the utility lines in the suburbs.