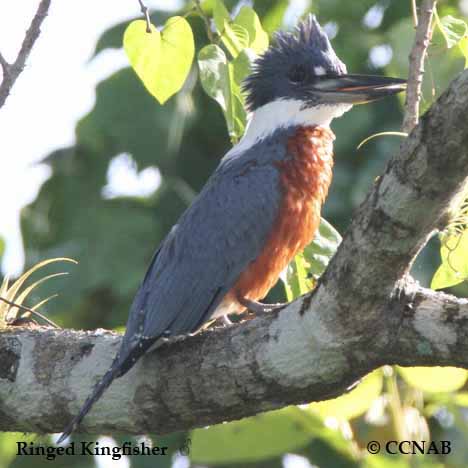 Life, Habitat and Pictures of the Ringed Kingfisher

The Ringed Kingfisher is the largest kingfisher found in North America. This crow-sized kingfisher can be found at its most northern range along the Rio Grande in southeastern Texas. The male and female both have brownish-orange breasts but the male displays the brownish-orange right up to its neck.