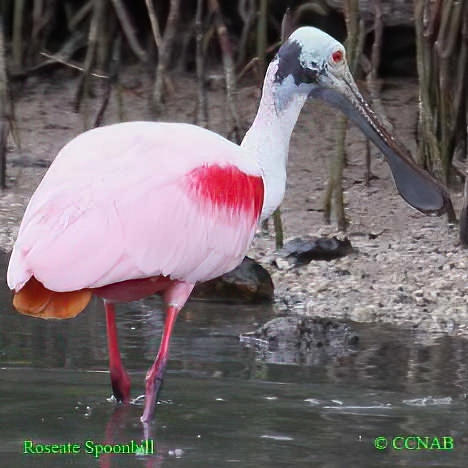 The Roseate Spoonbill is a large pink wading bird, so named because of its large spoon-like bill. It has been seen throughout the coastlines of Florida right through to the eastern coast of Texas, as well as along all the coastlines of Mexico, Central America, Caribbean islands and the northern coastlines of South America.