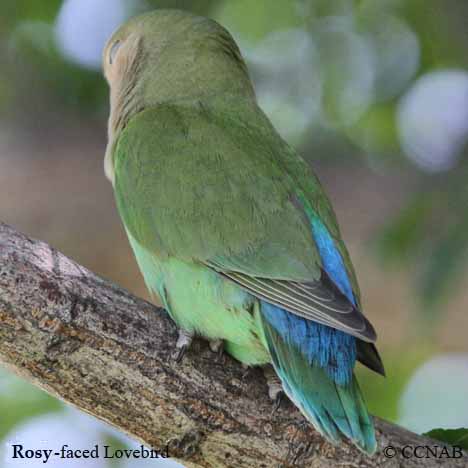 The Rosy-faced Lovebird is a native bird of southwestern Africa and is an exotic bird species introduced into the hotter regions of North America. Today, this parrot-looking bird has established itself in Phoenix, Arizona. There are multiple reports of seeing them around the local parks in Tucson amd Phoenix, Arizona.