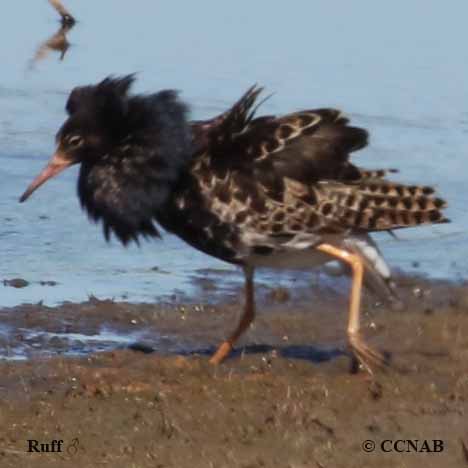 Life, Habitat & Pictures of the Ruff 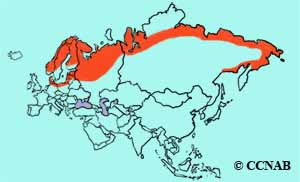 The Ruff is a medium-size shorebird native to Eurasia. The male is a spectacular looking bird when seen in the spring. This is when it changes from a sleek looking shorebird, to having thick feathers appearing on its neck. When courting the female, the males form leks, raising their feathers and creating a much larger and aggressive looking bird. The female is called a "Reeve". These shorebirds are regular visitors to North America every year.