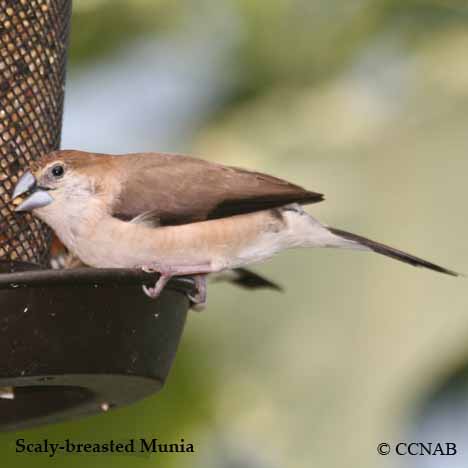 The Scaly-breasted Munia was an exotic bird introduced into the most southern regions of the USA. Today the munia has a strong population throughout the southern US borders. Previous names of this finch-like bird were the Nutmeg Mannikin and the Spice Finch. These small brown-coloured birds are now seen in the states of California, Texas, Alabama, Mississippi and Florida.

Return back to Brown Birds