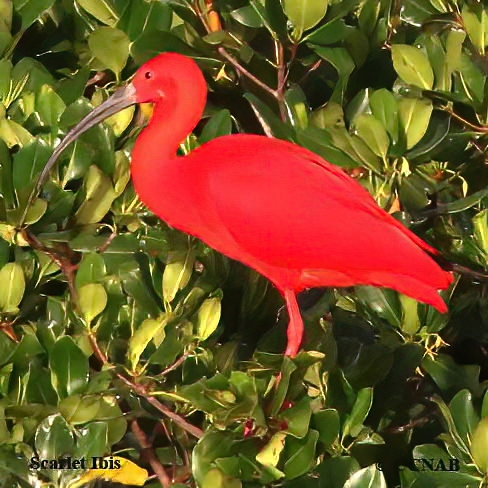 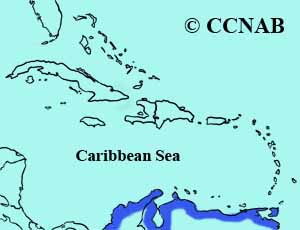 The Scarlet Ibis is a native wading bird of South America. This great looking ibis can be seen on the island of Trinidad, feeding along the coast in the daytime. In the evening, they form large flocks and gather on the interior lakes for the night. The Scarlet Ibis has not been seen in North America as a wild bird but it is regularly seen in zoos and bird centres.