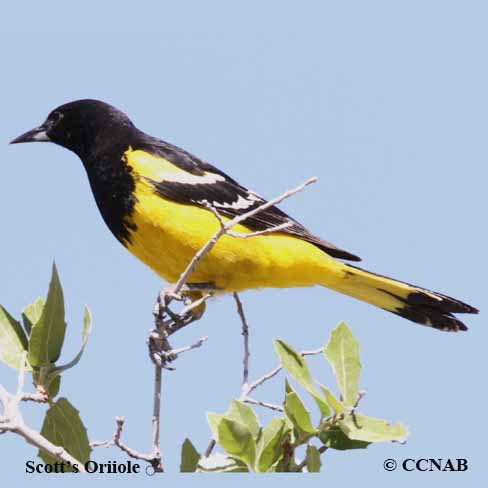 The Scott's Oriole and the Audubon's Oriole are the only two yellow oriole species found in North America. This oriole is found in the southwestern states in the US and right into southern Mexico. It is not unusual to see these orioles in areas where trees are only in small groves in a hot and arid landscape.