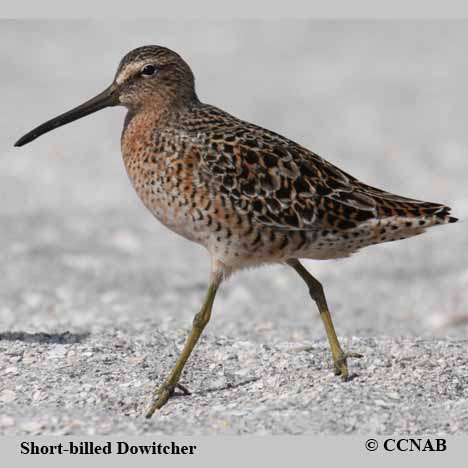 The Short-billed Dowitcher is a medium size shorebird, which is often seen along the coastlines and the mudflats in North America during the spring and fall migration periods. This bird is similar in size and has plumage colours that match the Long-billed Dowitcher. These shorebirds spend their winter months in the warmer tropical countries.