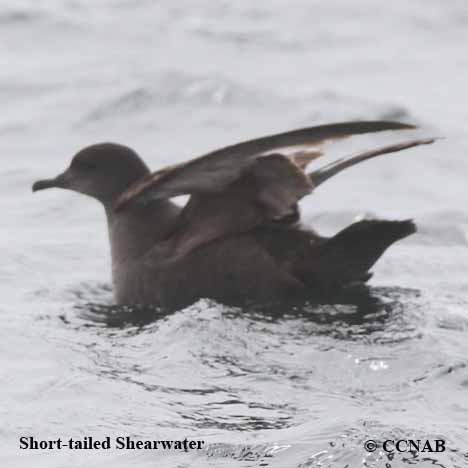 The Short-tailed Shearwater can be found throughout the waters of the Pacific Ocean, alongside the North American coast, from Mexico to the north Bering Sea. This dark-plumage shearwater is very similar in appearance to the Sooty Shearwater that is seen in the same waters.