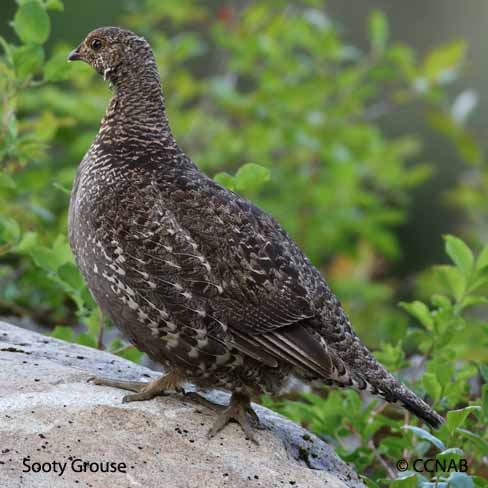 Life, Habitat and Pictures of the Sooty Grouse

The Sooty Grouse was once a sub-species or race of the Blue Grouse, a name that is no longer used. This large grouse can be found in the conifer forests on the western slopes of the Rocky Mountains and coastal islands. The males of this species emit a boomimg call during the breeding season. The distance that the sound carries can be deceiving and therefore makes it difficult to locate the bird.