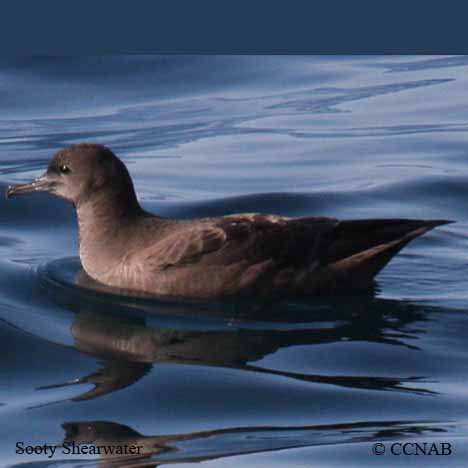 The Sooty Shearwater is one of the darker shearwaters seen on the oceans. Its plumage is an all-dark brown. This pelagic seabird is fairly common and it is seen in the Atlantic and Pacific Oceans. The Short-tailed Shearwater, which inhabits the Pacific Ocean, is very similar to this shearwater and close examination is needed to tell them apart.

Return Sooty Shearwater back to Seabirds