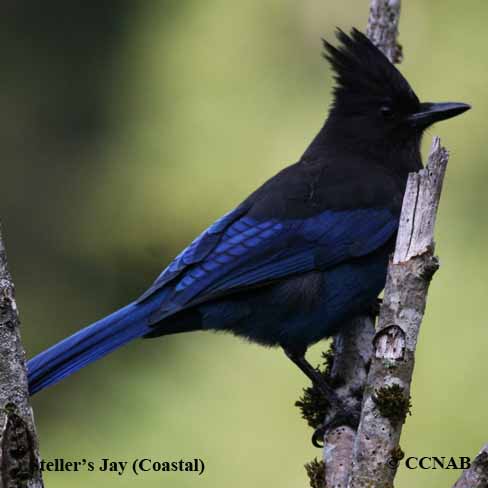 The Steller's Jay is a very attractive bird. It is a member of the "corvidae" family, the same group as the crows and ravens. It is a bold and noisy bird that can be seen around backyard bird feeders.