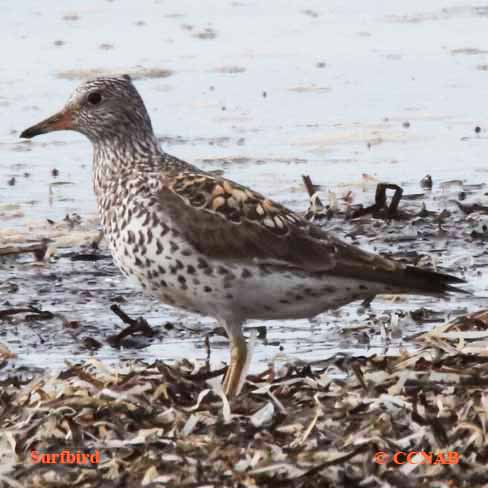 Life, Habitat & Pictures of the Surfbird

The Surfbird is a hardy sandpiper-size shorebird. This dark-coloured sturdy bird nests on the mountain slopes in Alaska and the Yukon Territory. It can be confused with the Great Knot because of similar plumage colours. In the winter months, it can be seen on the coastlines of the southern states that face the Pacific Ocean.