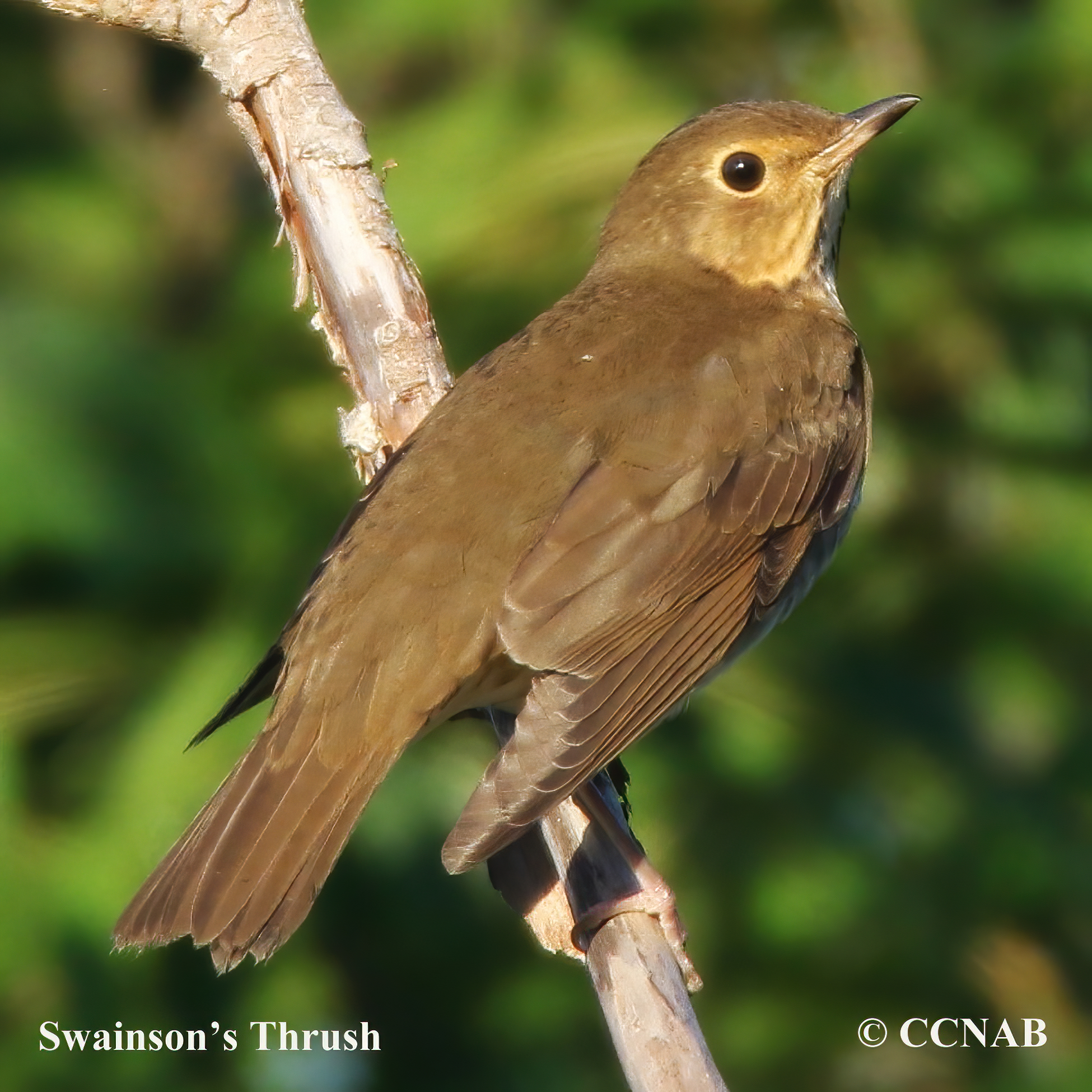 The Swainson's Thrush is one of the most common thrushes seen in North America. This bird prefers a habitat in low-lying areas next to streams or wet areas. In the autumn, during their fall migration, one will see flocks of these thrushes amongst other species of thrushes, feeding on wild grapes.