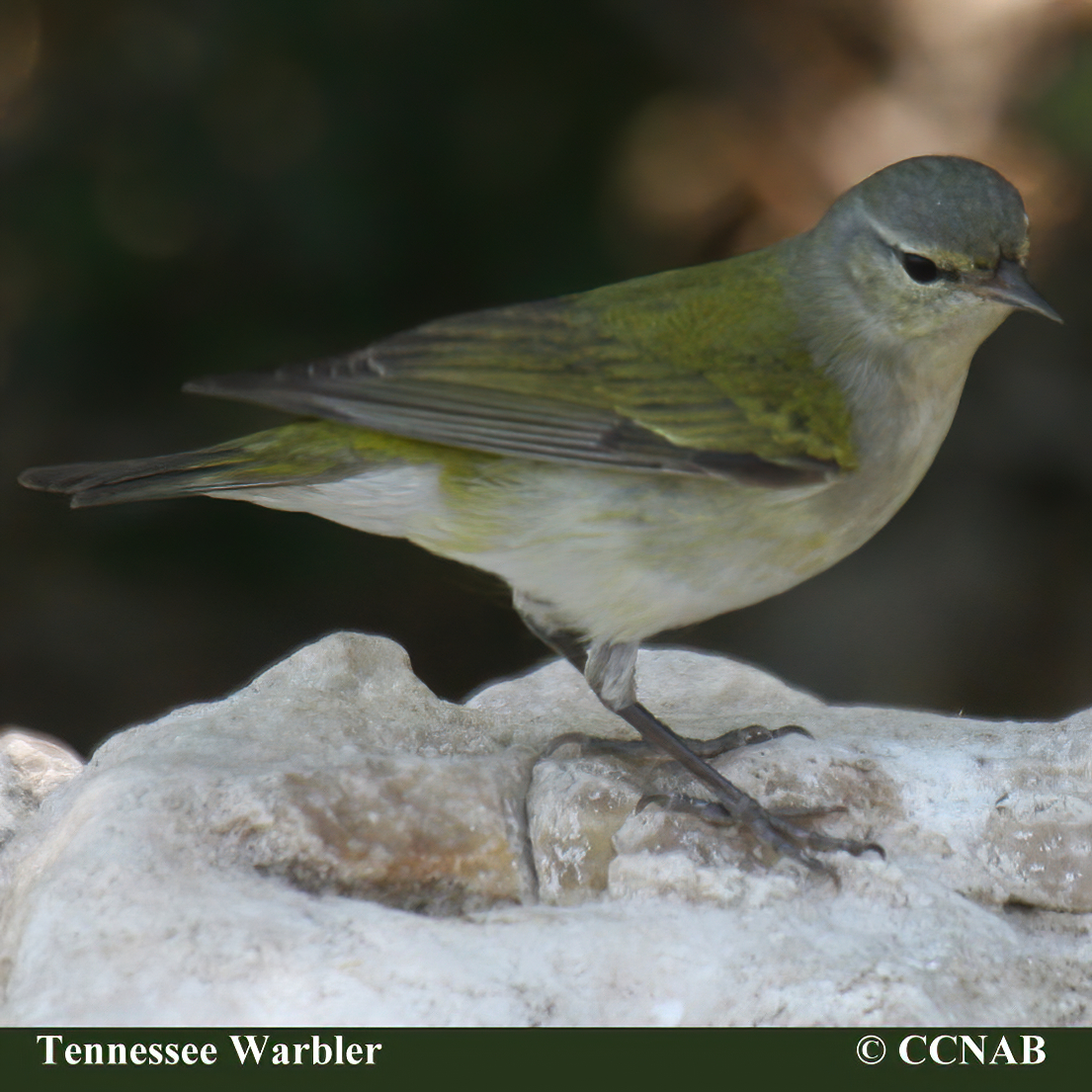 The Tennessee Warbler is a bluish-grey, white and green bird. This warbler's preferred habitat can be coniferous or coniferous/deciduous-type mixed forest. Its nesting range is farther north than most other North American warblers. It mainly feeds in the trees where it can be found searching about for insects, grubs and caterpillars.