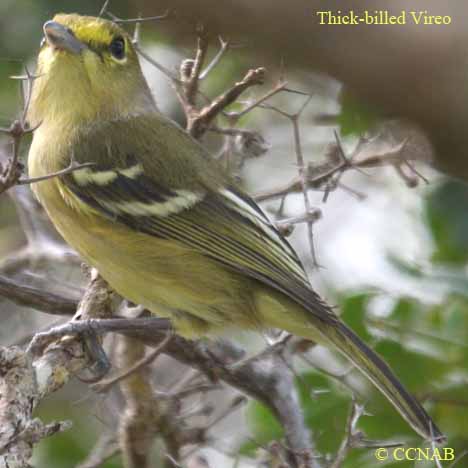 Species: The Thick-billed Vireo (Vireo crassirostris) is a native bird of the Caribbean islands and is a regular visitor to the state of Florida. With no apparent defining features, other than the obviously long bill, the subtle and soft colours of this bird helps it to blend into the foliage of the trees. It feeds mainly on insects, gleaning them from the leaves and branches of the trees, while moving about in a deliberate manner.

Distinctions: The male and female are similar looking in appearance. It has a noticeably large bill with a visible hook at the end of upper bill, same identifying features seen in other vireos. Olive-green crown, back and tail feathers. Yellow supraloral, with a partial eyering, light yellowish-green throat, breast and undertail. Two white wing bars and white edges on the tertials as well as green edges on the primaries flight feathers.

Voice: Nasal sounding, similar sounds to other vireo types, multiple call notes. Sings throughout the day, even after breeding season. 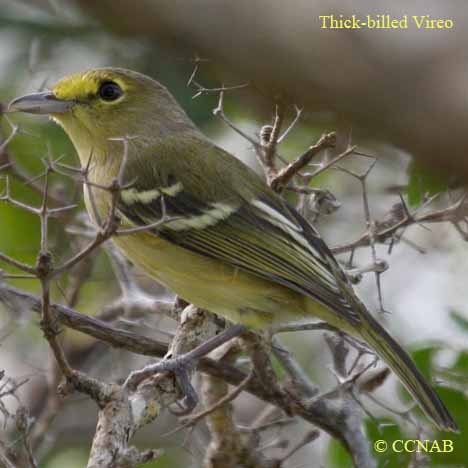 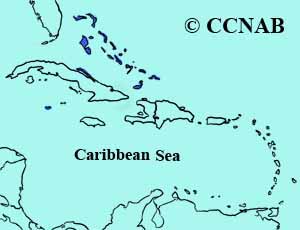 Distribution: It is native to a number of Caribbean islands and the Bahama islands appear to have the largest population of this vireo species. It is a regular visitor to the Atlantic side of Florida and is considered a vagrant.