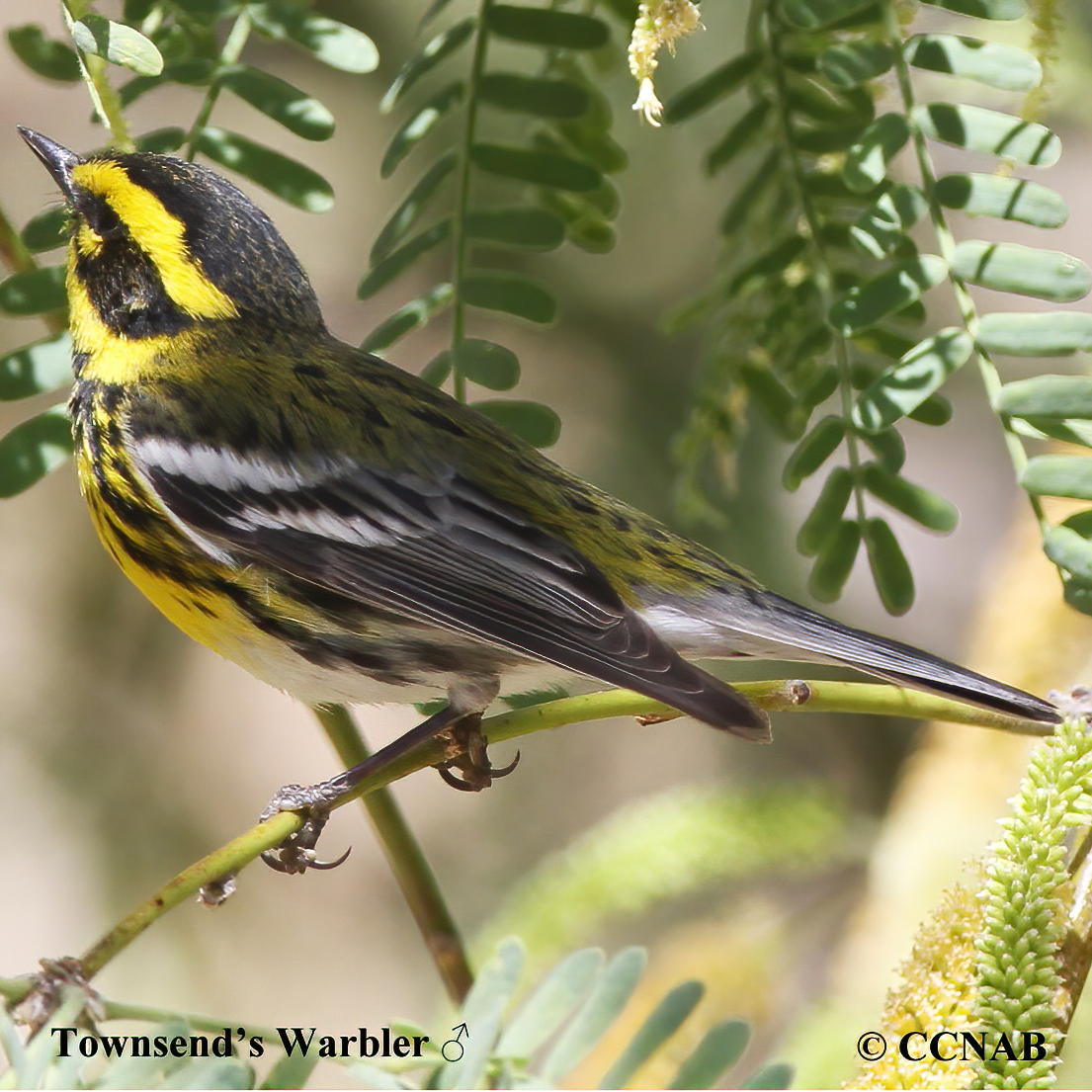 The Townsend's Warbler lives in the western half of North America. It nests in the Rocky Mountains, from the southern areas of Alaska, southward through Canada and all the way into Oregon. During the winter months, it can be seen from northern the state of Washington, right into the southern regions of Mexico.