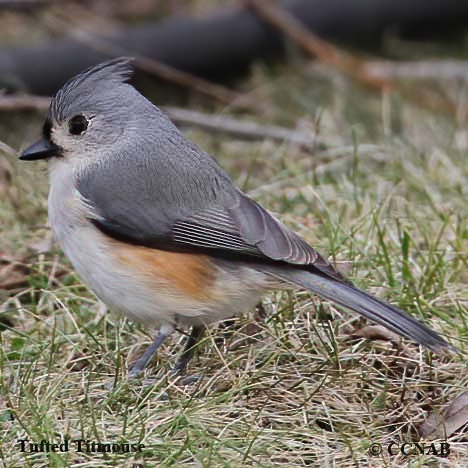 The Tufted Titmouse is the most common titmouse found in North America. This small grey active bird can be found and identified by its chattering, as it feeds in the trees. It is seen across the eastern half of the US states and in southern Ontario in Canada.