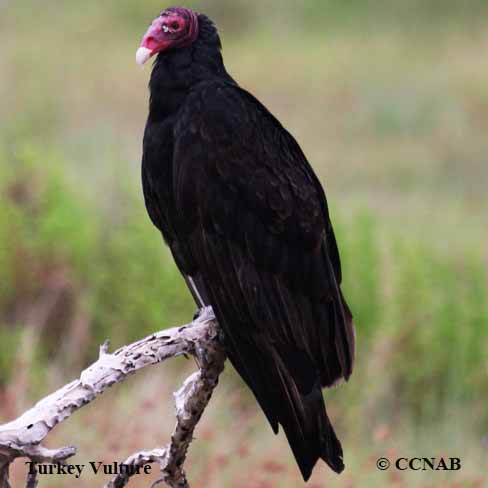 The Turkey Vulture gets its name from its red head, which is similar in appearance to the Wild Turkey. This bird has the ability to find its food by scent, unlike the Black Vulture, who can only use its eyesight. Less than 30 years ago, the Turkey Vulture was a rare sight in central Ontario and southern Quebec. Today, during the fall migration period, over 200,000 vultures are now counted.