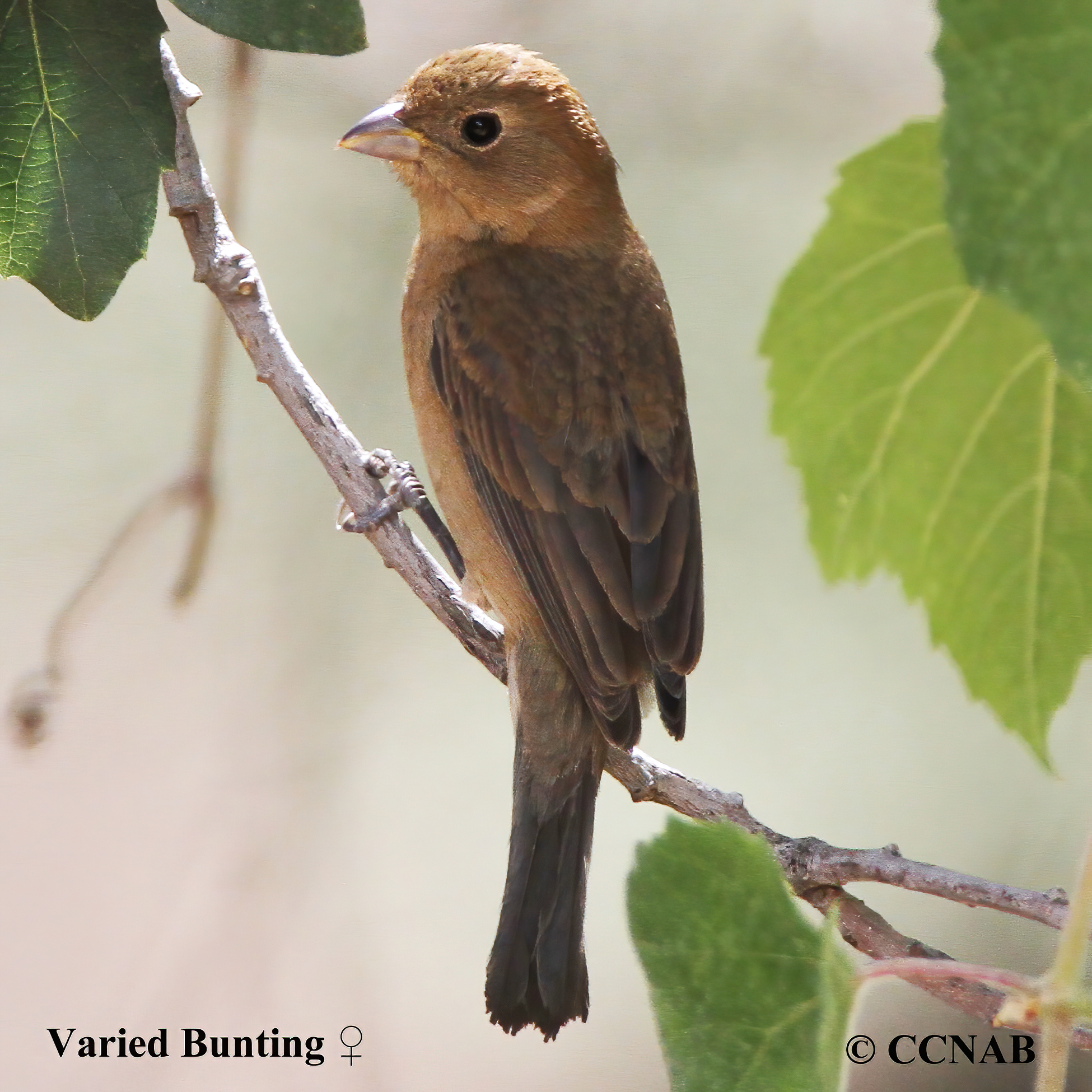 The Varied Bunting is the most southerly seen bunting species north of the Rio Grande and Mexican border. Only the Blue Bunting lives in a more southern range and habitat. The male of this bunting species is one of the most colorful birds seen in North America. Although when seen under sunny skies, it appears as a very dark coloured bird.