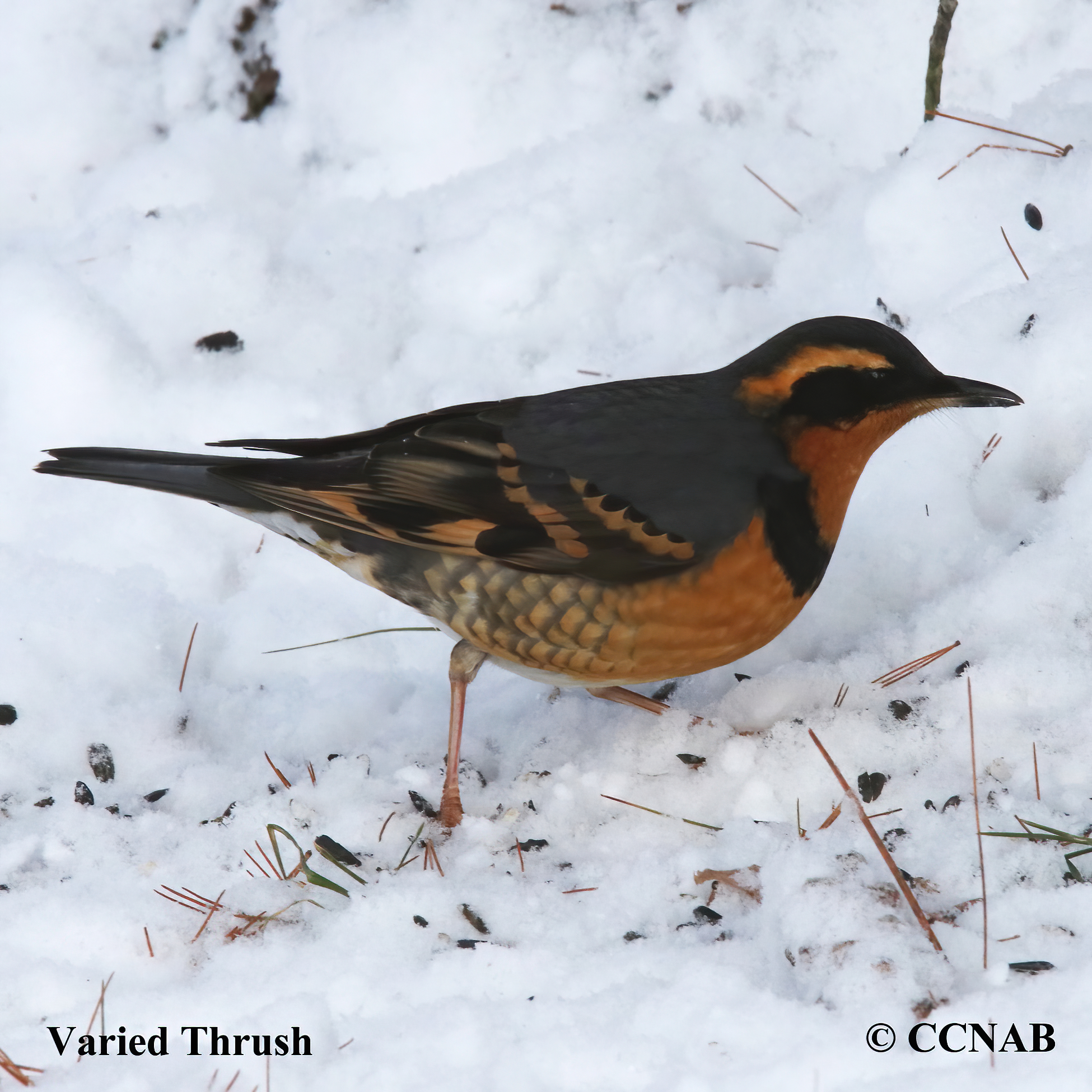 Life, Habitat and Pictures of the Varied Thrush

The Varied Thrush has a range through the western side of the Rocky Mountains from northern Alaska into the southern regions of Cailfornia. This handsome orange-coloured hardy thrush is regularly seen at backyard birdfeeders right across the continent into the eastern regions of North America, in the winter months.