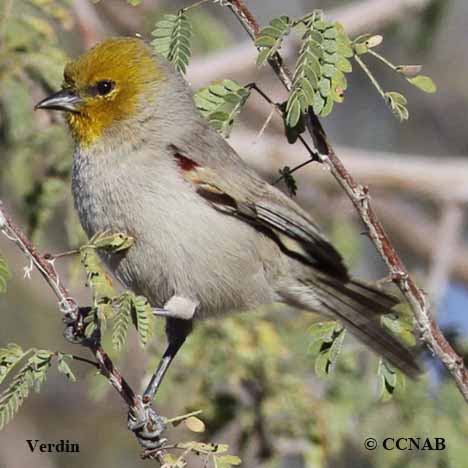 Life, Habitat & Pictures of the Verdin

The Verdin is found in the arid landscapes of the extreme southern US states. This highly active bird has the characteristics of a warbler with its non-stop flitting from tree branch to tree branch. When approached and to avoid danger, it is known to fly a longer distance away than most small passerines.