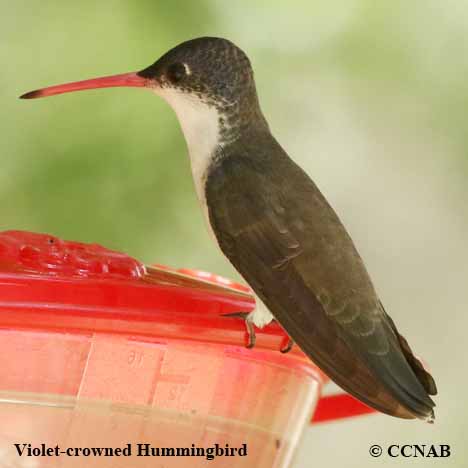 The Violet-crowned Hummingbird is a medium-sized bird in the North American hummingbird family. The plumage of this bird has fewer colours than most other hummingbird species, with its brown, white and blue feathers. It is one of the harder to find hummingbirds in North America.