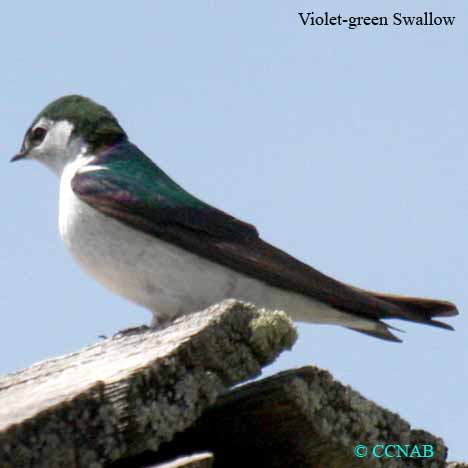 In some ways, the Violet-green Swallow resembles the Tree Swallow. This green-coloured bird will nest in manmade birdhouses and around older structures. These swallows are seen in the western regions of North America, from Alaska in the summer months, and right into southern Mexico.