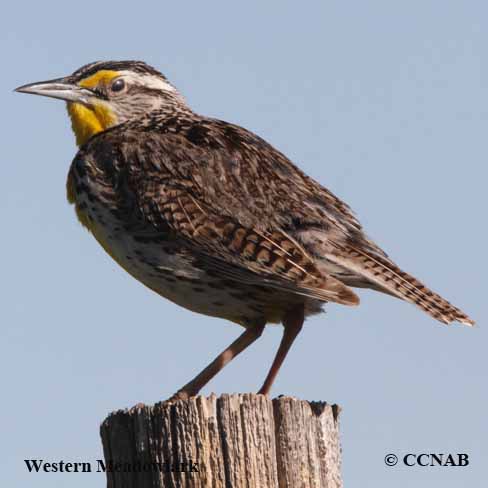 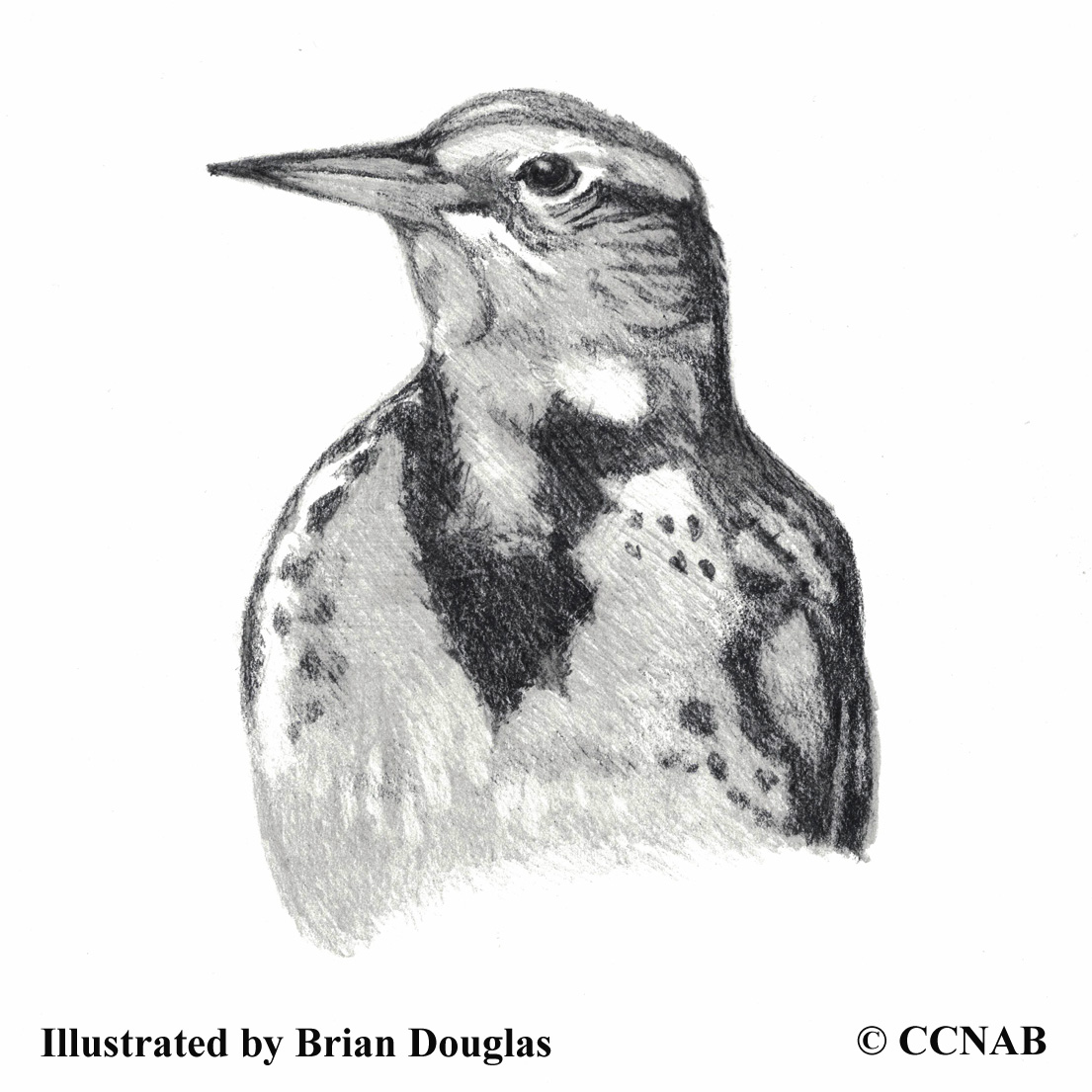 The Western Meadowlark is similar in size to the Eastern Meadowlark. It seems that this grassland bird is not as shy as the eastern species. This meadowlark can be seen throughout the prairies and plains and is usually perched on fence posts along the roads or up on the utility lines.