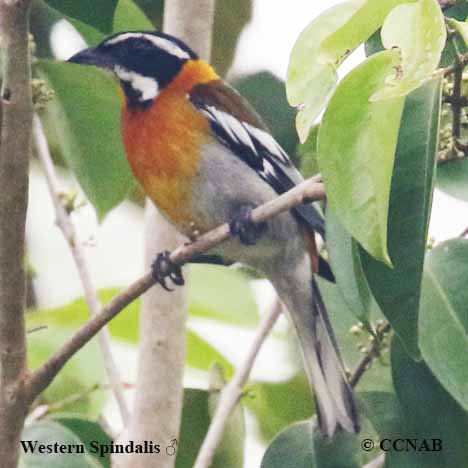 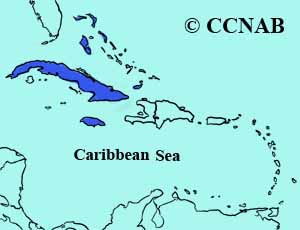 The Western Spindalis is a vagrant to the southern Florida state. The male of this bird species is recognized by its bright orange, white and black plumage. The female is grey with bold white eyebrows. It is a native bird to the Bahamas, Turks Islands, Cuba and Jamaica. It used to be called the Streaked-back Tanager.