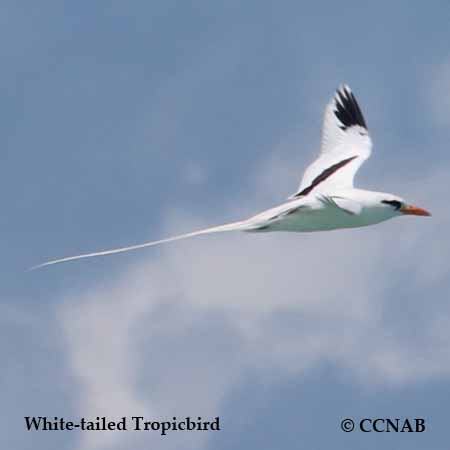 Life, Habitat and Pictures of the White-tailed Tropicbird

The White-tailed Tropicbird lives in the ocean tropics. It is recognized by its long streaming tail feathers and white plumage. This beautiful white bird dives into the waters to catch its' prey. It is a very attractive tropicbird that can be found nesting on the island chains next to the Bahamas.