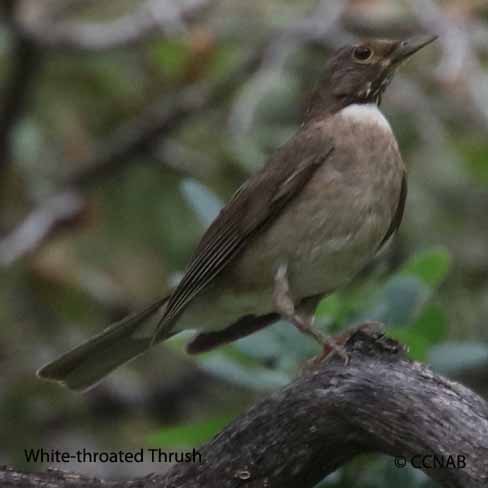 The White-throated Thrush was once known as the White-throated Robin. It is a vagrant seen recently in Arizona and Texas from Mexico. This mostly brown coloured bird has a large white throat patch, as to where its name comes from. It prefers the habitat of a mountainous and forest landscape.