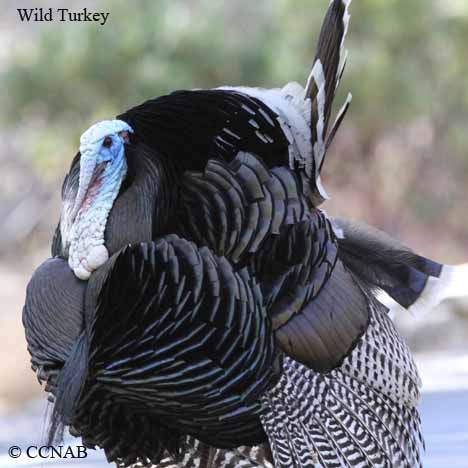 The Wild Turkey is the largest upland game bird seen in North America. This bird was almost driven into extinction from overhunting. Today, through conservation, this large bird has been reintroduced into the habitat it once lived in. It has reestablished a large population right across North America again.