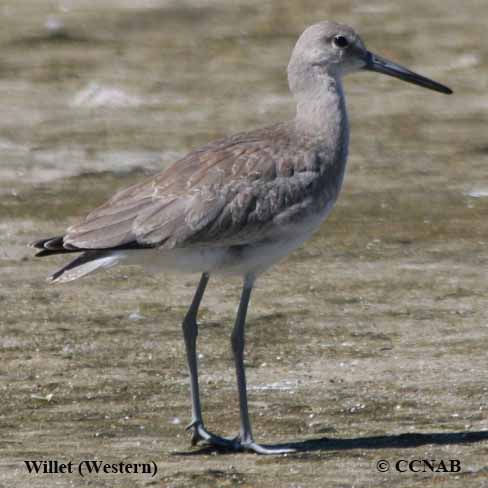 There are two sub-species of the Willet. One is the Willet (Eastern), and when seen in breeding season, it is recognized by its dark plumage. It is seen from the eastern tip of Newfoundland, along the coast of the Atlantic, right into Mexico and the Caribbean islands. The other is the Willet (Pacific) and it has a lighter coloured plumage, when it is seen in breeding season. This shorebird nests on the plains of the US and Canada. It is regularly reported seen in the eastern portions of the North American continent and it spends its winter months along the Pacific coast right into Mexico.

Willets are among the larger shorebirds seen in North America. They are recognized by their chunky bodies, sturdy legs and thick bills. When these birds fly, one can see large white stripes through their wings, situated between black wing tips and coverts. It is quite common to see them feeding on crabs during low tide waters.