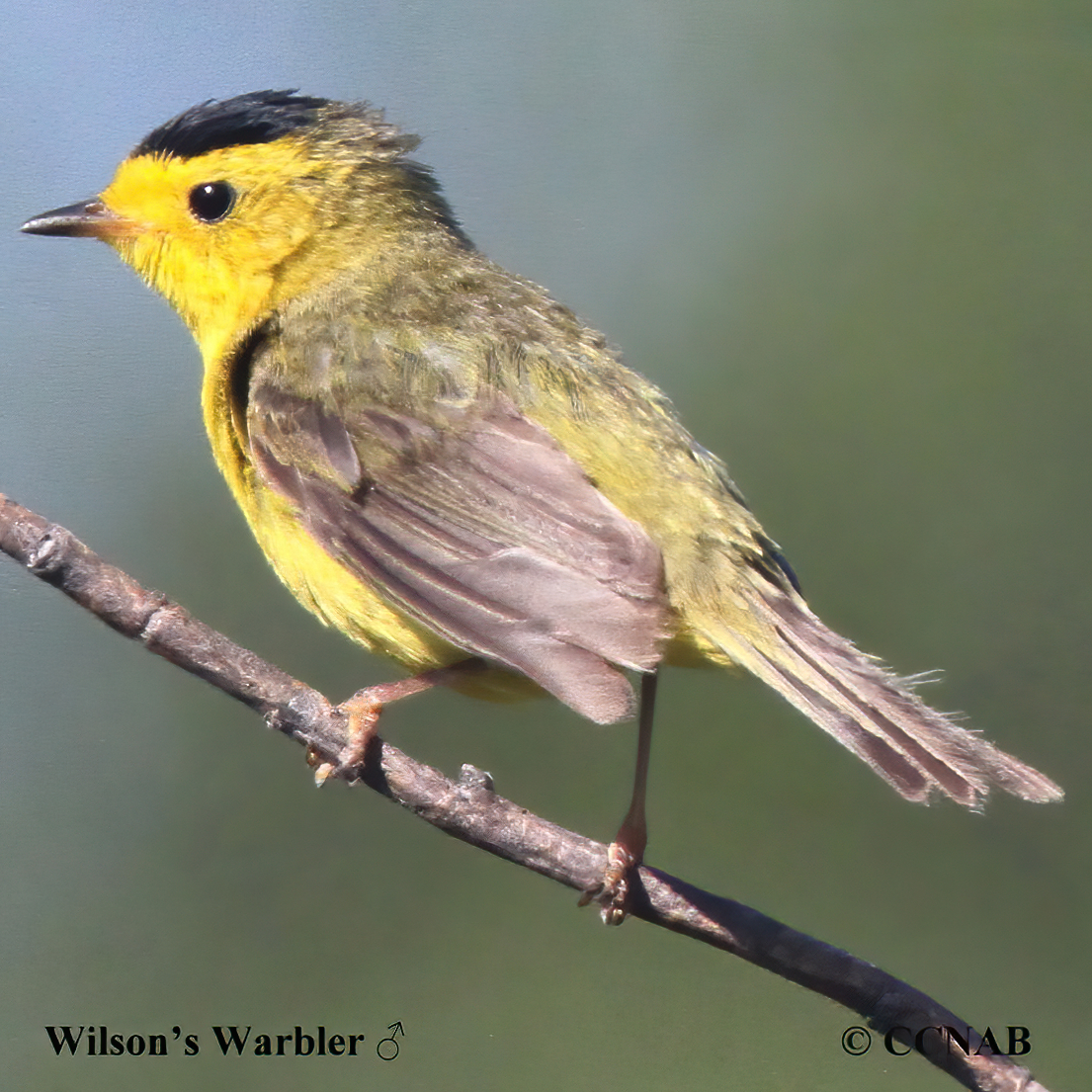 The Wilson's Warbler is a small yellow bird and the male has a black cap. These are some of the most common warblers seen across North America. They nest right across the northern regions of the continent and right to the Arctic Ocean. These warblers nest mostly in bushy shrubs and in the undergrowths of the tundra.