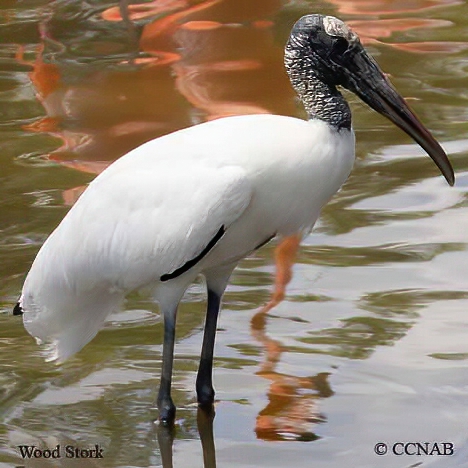 The Wood Stork is a wading bird that is seen on marshes and mudflats in the warmer tropical states. This bird is seen from Florida through to southeastern Texas. It is also seen along the coastlines of Mexico, Central America and in the northern countries of South America. It is not uncommon to see these storks soaring high in the sky, with their straight body and neck, and their wings 90 degree to their bodies. They form a perfect cross in the sky.