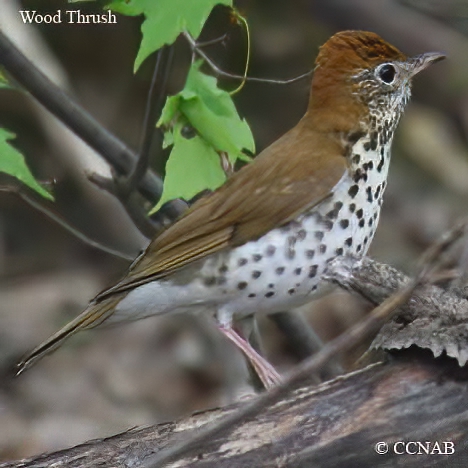 Life, Habitat and Pictures of the Wood Thrush

The Wood Thrush is one of the more colourful thrushes in North America, with it bright rufus back constrasting with the large black spots on its breast. Amazingly, this thrush is abundant, but hardly ever seen. This is because of its secretive nature. The only clues to its existence, is hearing the sweet melodies of its songs.