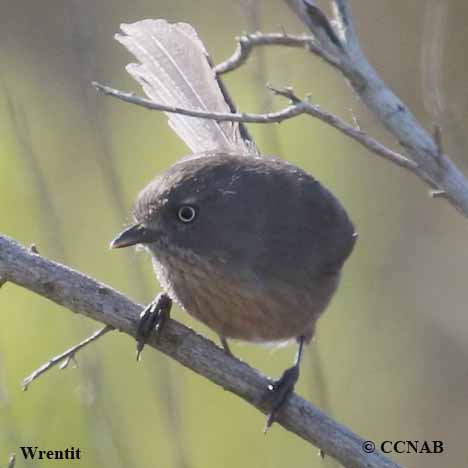 Life, Habitat & Pictures of the Wrentit

The Wrentit is a sparrow-sized bird, whose habitat is found along the Pacific coast from southern Washington, through Oregon to the California Baja. This large-headed bird is known for its shyness and is more often heard than seen. If it is approached, it is likely to remain hidden in heavy cover.