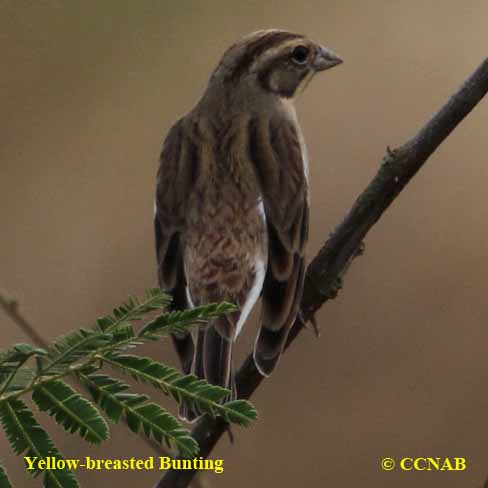 The Yellow-breasted Bunting is a vagrant visitor from Eurasia to North America. 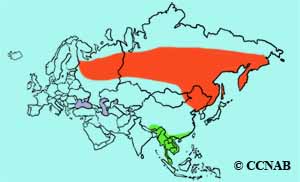 The Yellow-breasted Bunting is a critically endangered bird and a vagrant visitor to North America from Eurasia. They have loss of habitat in their winter range in southeastern Asia and are being targeted by crop growers who set up bird nets to trap them and leave them to die. This is done to stop birds from eating their crops. They are also captured alive and sold as caged birds.