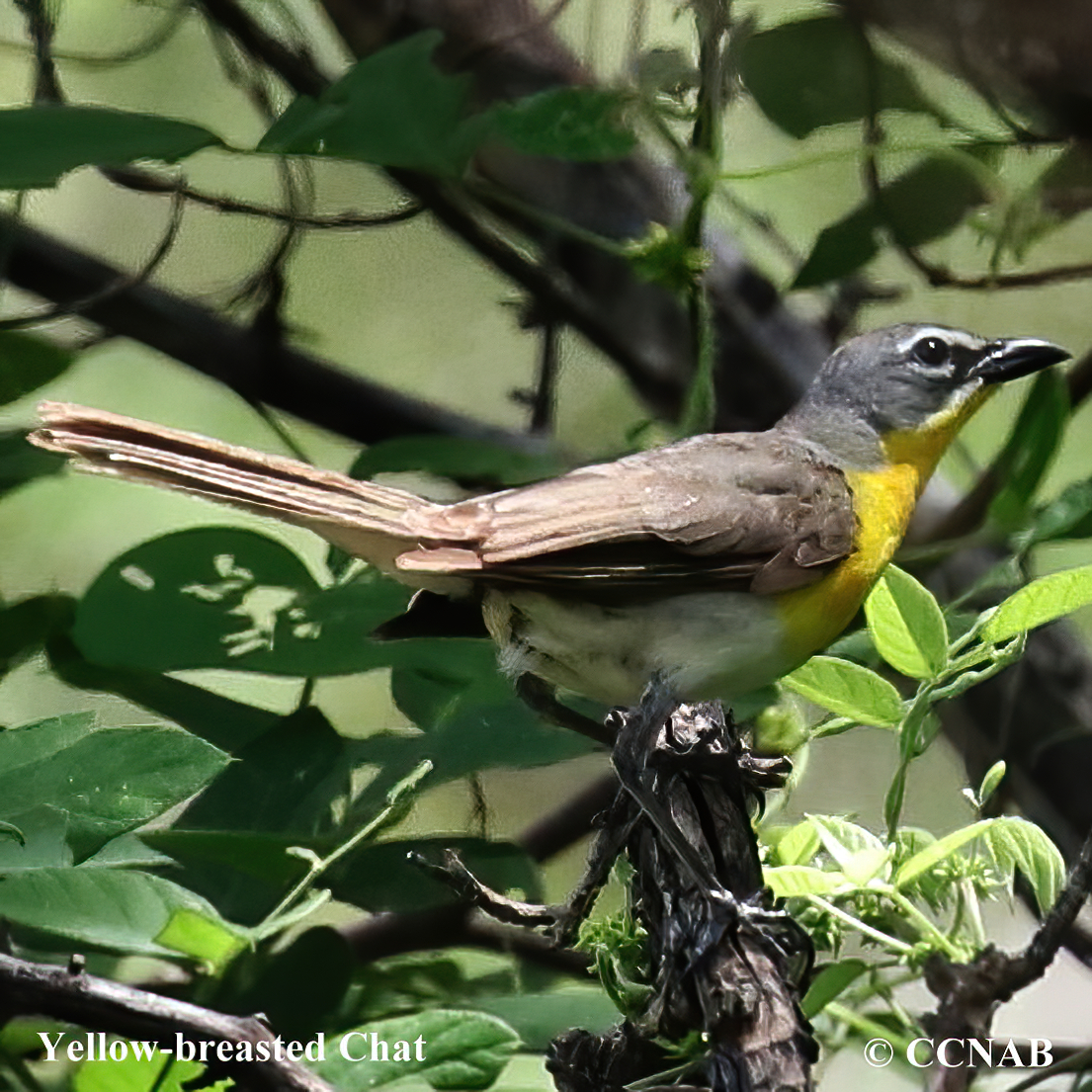 The Yellow-breasted Chat is the largest member of the warbler family seen in North America. This forest bird lives in the undergrowths and is recognized by its brightly coloured yellow breast. It is a common warbler and is seen in almost in all the US states on the continent.