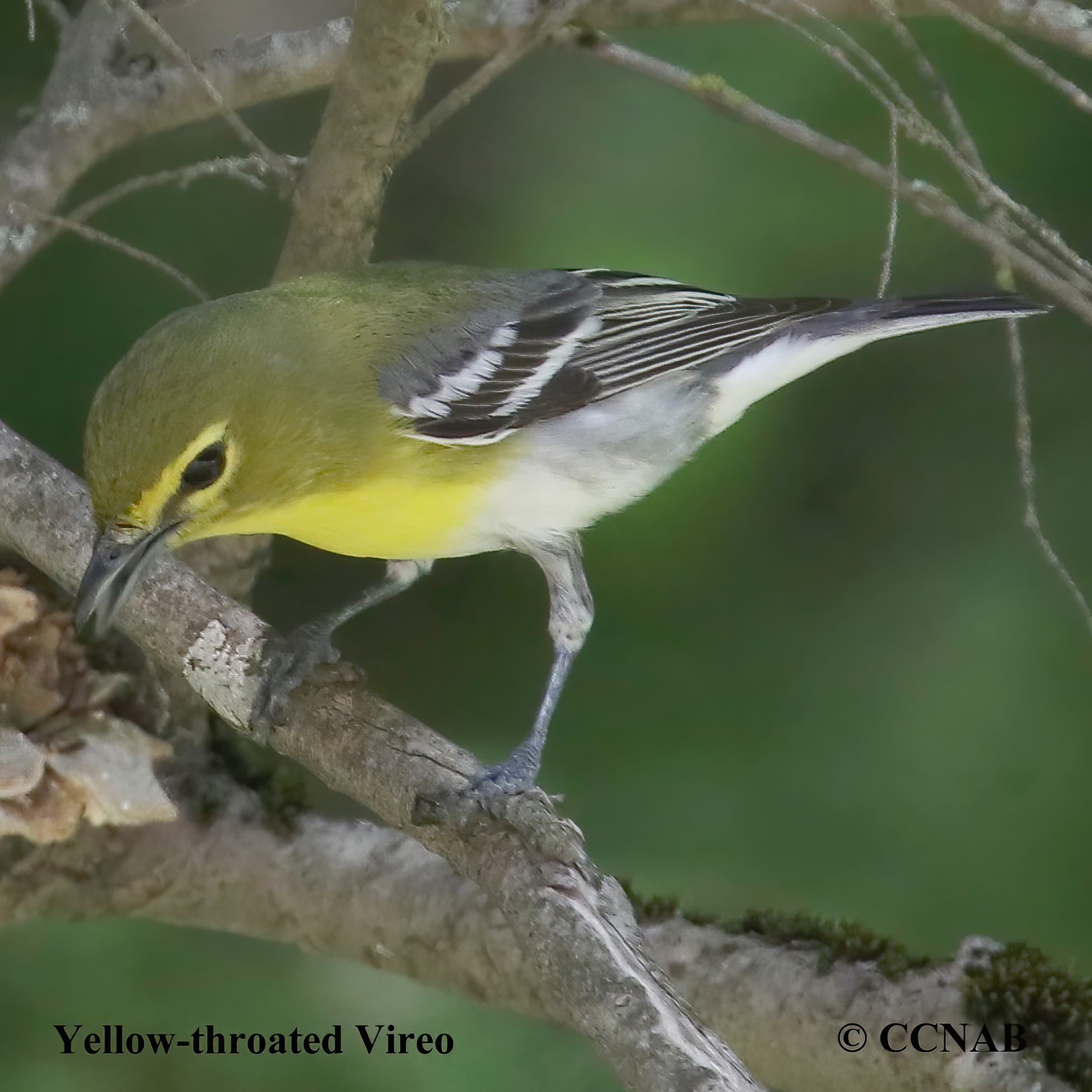 Species: The Yellow-throated Vireo (Vireo flavifrons) is one of the larger members of the vireo family seen in North America. Although at times it may be confused with the Pine Warbler. This vireo is a stockier and slower moving bird when observed in its habitat. It prefers open woodland, forest edges and orchards. Like other vireo species its' main diet is insects and may eat fruit and seeds in the winter months.

Distinctions: The male and female are similar looking in appearance. It has a large bill with a visible hook at the end of the upper bill, same identifying features seen in other vireos. Yellowish-green cap and back, yellow lores and spectacles around eyes, yellow throat and upper breast, white lower body and undertail, gray above, two white wing bars and black looking primaries.

Voice: Similar song to Red-eyed Vireo, multiple notes, slower song. Sings as it moves about through the mid and top sections of conifer and deciduous trees.

Nesting: Three to five white eggs, speckled with brown or black spots. Suspended cup like nest, built in the fork of branches. The nest is composed of strips of wood bark, plant fibres and other fine materials, lined with spiderwebs and lichen. 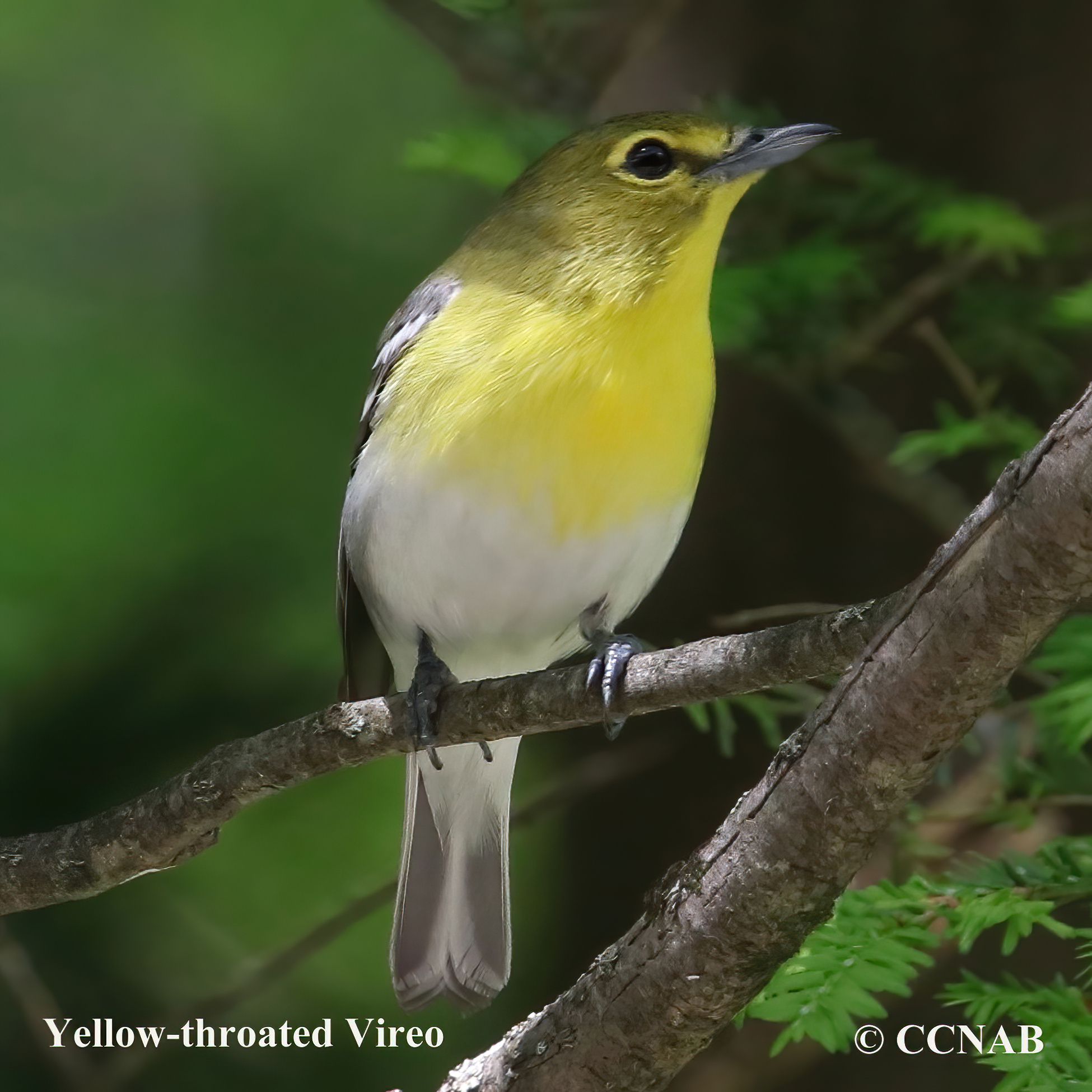 Distribution: Found throughout eastern North America, from southern Quebec, west to southern Manitoba, to southern Texas, east to Florida and north to Maine. It spends its winters on the Caribbean islands and in the tropics and arrives back on the breeding grounds in late April to early May.