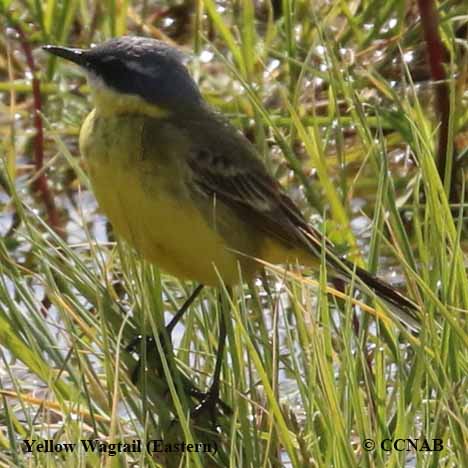 Life, Habitat and Pictures of the Yellow Wagtail (Eastern)

The Yellow Wagtail (Eastern) is seen throughout Asia and small numbers can be found in the northwestern areas of Alaska during the late spring and summer months. These can be friendly birds that are used to people, and they may build their nests around the homes or building structures in the towns.