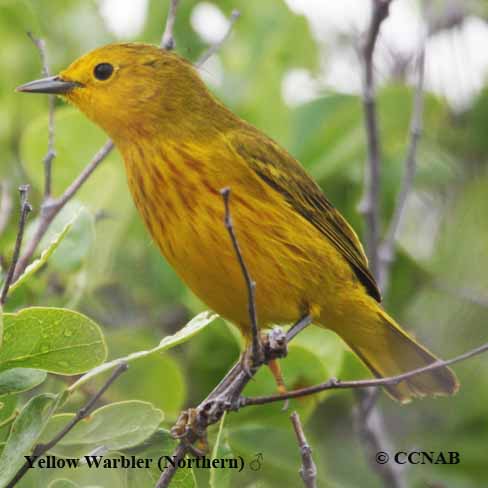 The Yellow Warbler in general is one of the most commonly seen warblers in its' group. The race seen in North America is usually seen along the edges of farm fields preferring bushes and smaller trees. It is usually seen around water or close to it.