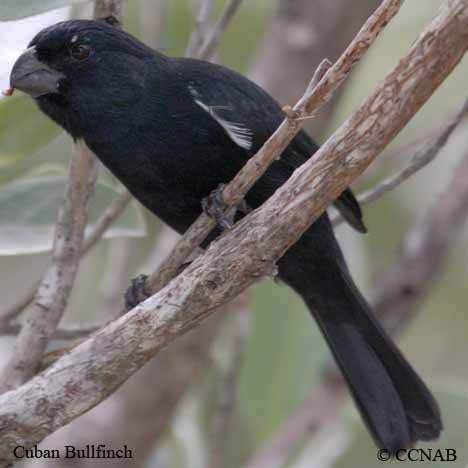 There are many types of bullfinches found in the world although none are native to North America. The Cuban Bullfinch and the Greater Antillean Bullfinch are both native birds to the West Indies Islands. These two dark plumaged bird species are found in the forests of the tropical islands and are often seen feeding on fruit.

Some bullfinches have been reported seen on the North American continent, and if so they were probably escaped or birds brought in by strong winds or storms.