There are two types of cranes; the Whooping Crane which is the largest and one of the most endangered birds in the world and the other is the Sandhill Crane, which has a sub-species known as the Lesser Sandhill Crane. These two Sandhill Cranes are quite similar in looks and the only real difference is in the overall size of the birds.

The cranes are members of the rail group. 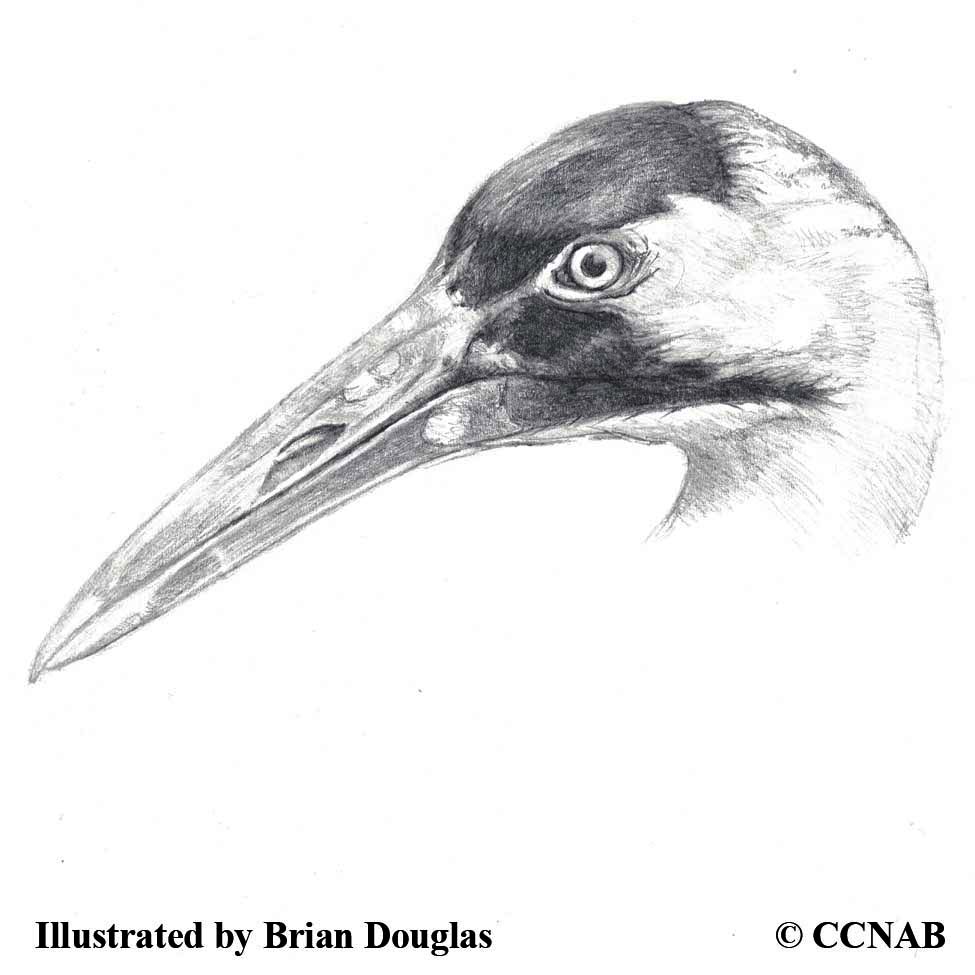 They prefer feeding in both pastures and marshes. These birds, much like swans, fly with straight necks, as opposed to herons who fly with their necks curled back to their bodies. The cranes are much more vocal than swans or herons and their bugling can be heard for miles around. There are two rare vagrants that sometimes find their way to western North America; the Common Crane and the Hooded Crane.

Return to Birds of North America