Lives, Habitats & Pictures of the Gallinules 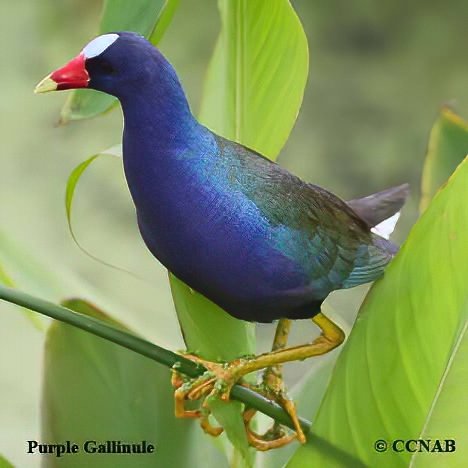 There are two types of gallinules found in North America. The colourful Purple Gallinule is found in the more southern regions of North America and the Common Gallinule, who was until just recently was known as the Common Moorhen, is found throughout the continent, right into the southern regions of Canada. The gallinules are in the same family as the rails, similarly having large feet with long toes. With these oversized feet, the gallinule has the ability to walk across the shallow weed beds on the surface of the water.

The gallinules are birds whose habitat is in marshes. These waterbirds are content with open areas of water, mixed with bullrushes and lily pads.