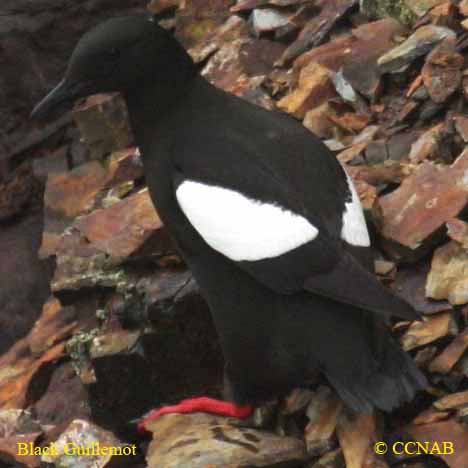 These two types of birds belong to the auk family and look very similar to each other, except for a dark coloured wedge partially dividing the white patch on the wings of the Pigeon Guillemot instead of an unhindered solid oval white patch on the wings of the Black Guillemot. Both these birds change from their black breeding plumage to a mostly white non-breeding plumage from mid-October into the mid-winter months.