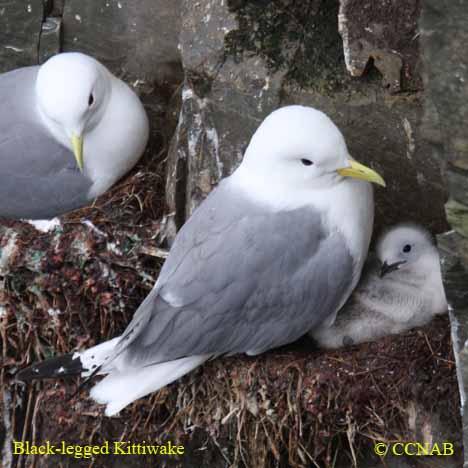 Kittiwakes are members of the gull and tern family. They live along the coasts of the Arctic, Atlantic and Pacific Oceans. The Black-legged Kittiwake is the most common of the two species in North America and can be found on all three ocean coastlines. The Red-legged Kittiwake lives in the northwestern areas of the continent.

All kittiwakes nest on the sides of cliffs on islands and mainland where they feel safe from predators. In late summer through winter, Black-legged Kittiwakes are reported in the interior of North America. These birds will return to the coast as the warmer weather arrives.