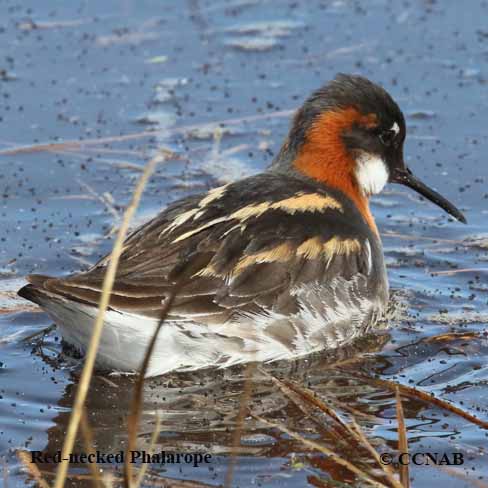 There are three species of phalaropes in North America. The Red Phalarope is found in the most northern regions of the continent while the Red-necked Phalarope lives in the arctic tundra as well. The Wilson's Phalarope can be found up to the northern areas of the provinces right across Canada and is more commonly seen in the West.

Phalaropes differ from most bird species as the female is more colourful than the male. These birds are also known for their feeding styles. They spin themselves in tight circles in the water, creating small whirlpools that bring the food to the surface, where they can eat it. Although they have legs like sandpipers, phalaropes are very good swimmers and are often seen swimming in deeper water.