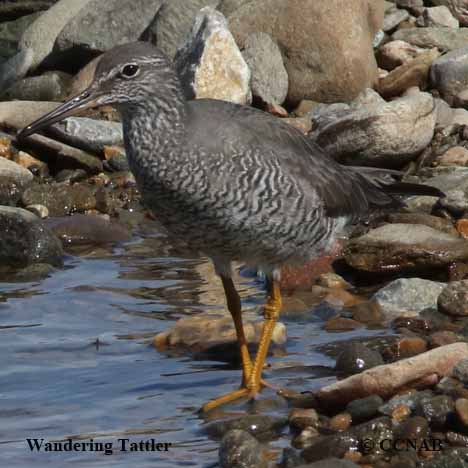 There are two types of tattlers found in North America and both bird species are mostly seen on the western coastlines of the Pacific. The Wandering Tattler is the most common of the two and is considered a native bird whose breeding area is in the northern hemisphere. During the winter months, it is found along the southern coastal states and Canada. The Gray-tailed Tattler is more so an Asian bird and is observed in the spring and fall migration periods on the islands in the Bering Sea.

The tattlers are mainly solitary shorebirds and not likely to be observed in large flocks. They are usually seen searching the rocky areas of coastlines. During their nesting season these same birds may be found along freshwater mountain streams far away from the coast.