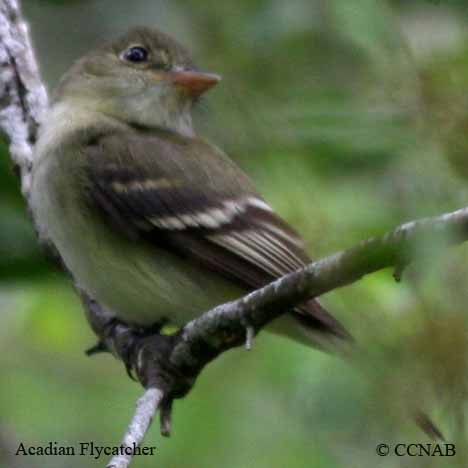 Distribution: The Acadian Flycatcher is part of the Empidonax group. It is found in the southeastern regions of North America. From the southern areas of New Hampshire, west through Maine, through New York to the southern boundaries of the Great Lakes. South through the central states into the central regions of Texas. East into the northern counties of Florida and into the coastal states as well as north to Massachusetts.