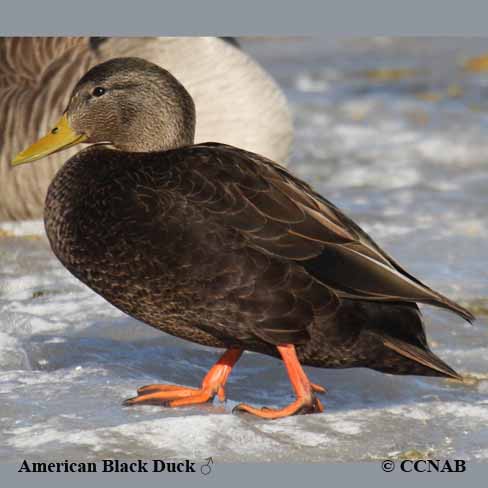 Distribution: The American Black Duck is the largest native duck in North America. This waterfowl was almost extirpated because of overhunting and hybridizing with the Mallard. It is seen from the northern boundaries of Quebec and around James Bay to the northern borders of Ontario and Manitoba. It is also found south to Oklahoma and east to the northern regions of Florida, north along the Atlantic coast into Nova Scotia. Some of these ducks will stay around the Great Lakes all year around.